What was India Doing during Delhi's brutal Event

WHAT WAS INDIA DOING THAT TIME?

16th December 2012 it was when suddenly my cellphone woke me up at late at night. A close friend called me saying, "OPEN the TV Channel, see what is happening in India."

I opened the TV Channel thinking, there was another Latur Earthquake or a Attack on Parliament (National Issues) or likes for which I was asked to look what is happening in INDIA?

All News channels were flashing news of a Brutal Incident of a merciless beating of a boy and a girl along with brutal rape of the girl with him.

I starting pondering and noticing on what happens after this "CRIME".

So, as these headlines were changing as per Media's Interpretation and their inherent greed of TRPs, I thought to keep a close watch on what all follows.

The Days to come in India were about to change few things abnormally.

Slowly within few days, under the dresscode of General Public, few unions / NGOs entered the battleground of India Gate (the battle of justice).

Slowly, from both media and protesters, the incident's memories vanished as the "brutally beaten boy" lost all focus / headlines / news coverage. So the protest was converted to a "War of Women to be treated like a Human".

Slowly, I also noticed the stage for Press briefing from Protesters shared by organizations like AIDWA / Other Women NGOs and some known biased politicians like Renuka Choudhary.

The moment I saw that, I knew what was happening. Could rewind 1 month now and understood this.

Few weeks back when Women NGO's came up with obnoxious proposed drafts of Marriage Amendment Bill 2010 (commonly called as IrBM) and Sexual Harassment at Workplace for Women Bill (commonly called as SHWB), for deeply rooted Gender Bias in these proposals, Parliament either sent these drafts back for reconsideration (IrBM) or redrafted the bills to be Gender Neutral (SHWB).

Feminists ideas boomranged again when they started the discussion on "Salary to Wife" after the above 2 bills.

When all these attempts started falling flat on their face as India was slowly waking up to realize that Gender Neutrality was the way to go, this Delhi incident happened.

Money, loads of money might have had poured in with Feminists "Celebrating" the pain of this girl to achieve their oblique motives.

One may think and ask, what could be their oblique motive?
ANSWER: These NGO's / Groups survive on funds from government and LOTS of US based Feminist bodies like UNFED / Trustlaw etc etc. If they dont act as per the directions of these foreign groups, they will have their money flow cut. It is all about Money, Honey!!

Then came the obvious step of Government bowing down to force of Feminist bodies and organizations and using the Protesters, abused boy and girl as Foundation, big people (Feminists and Govt.) started discussing what to do and came up with brilliant idea of forming a committee under retired Judges to give recommendations.

Everyone thought that Justice Verma Committee was formed to have a relook at the Rape Laws and people started pouring in their suggestions.

When the report came out in January 2013, IT WAS A COMPLETE EYE WASH.

WHAT?? Who wanted that? Who asked for it? Protesters kept asking themselves.

Any Guesses on who wanted that? Bang On!! Feminists wanted it.

Feminists complete recommendations were put into a good looking format with Emblem of India on the top and report was published.

Clear proofs for that exist as committee invited about 90 Private Bodies and 10 Government bodies for deposing in front of them. I am still searching for EVEN ONE body which worked for Men's side AT ALL. So if you get a truck loaded only on one side and drive it, what happens? Yes, it falls in the ditch, and SO DID the future of India into another ditch dug by Feminists.

It was an assumption that a committee of ex-Judges would do Justice but the "J" of justice itself went missing when this report was drafted. You can see that clearly in this video, as:
1. Justice Verma says, he has no Qualms for False cases (A judge who is happy with false cases)
2. Justice Verma says, if they are innocent, they will not be convicted. Hon'ble (out of practice) Justice Verma, how good is Acquittal after years of litigation?
3. Justice Verma says, No clause should be there for misuse. CLAP CLAP CLAP!! Havent heard a bigger miscarriage of Justice EVER.

Justice Verma committee left lot of questions unanswered and the biggest of them, if HE WANTS TO FIGHT SO MUCH FOR WOMEN'S RIGHTS AND IS ABSOLUTELY TRAUMATIZED BY THE WAY RIGHTS OF WOMEN ARE CURBED IN INDIA, WHY DID HE NOT STEP DOWN AS THE MEMBER AND MADE JUSTICE LEELA AS THE CHAIRMAN OF THE COMMITTEE?

Then then then, the Action time. Govt. is pushed in the corner by feminists to bypass the Law making process and come up with the Ordinance. Since feminists were getting everything their way, they pushed the same through using the Ordinance.

Fortunately, Government woke up slightly to these pressure tactics of the feminists and came up with recommendations "different" from what was "THEIR" (feminists) way.

Once the Ordinance came in, ANOTHER "U" Turn.

Suddenly, what started from a grave incident in Delhi, like a typical dis-loyal person, Feminists just used the grave incident and unfortunate demise of the girl to ride on that by "creating" high tide and just left the very wave which gave them that unjust push. Complete focus shifted to "Marital Rape"

Now, there is a new thing coming up:
FEMINISTS TARGET KURIEN

Popular posts from this blog 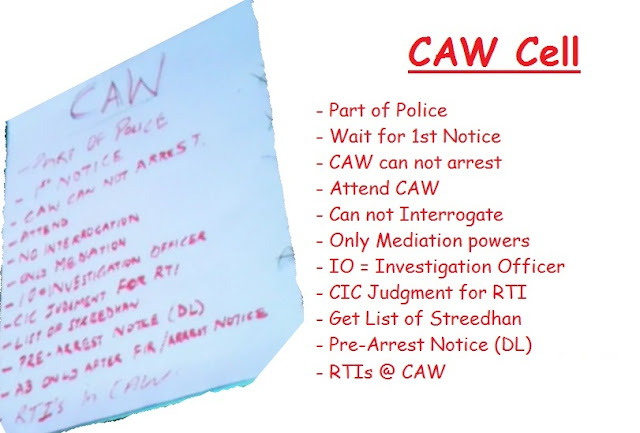 When Judge was Judged for giving Justice

Judge interprets Law correctly, Penalised Justice Pushpa Ganediwal of Bombay High Court (Nagpur Bench) recently gave few judgments. FEMINISTS JUDGED THE JUDGE'S JUSTICE AND JUSTIFY HER REMOVAL FROM PROMOTION TO SUPREME COURT OF INDIA. As it is, the power of Feminists in India seems to be more than even CJI. See how, CJI needs to justify their courtroom exchange now a days, which feminists objected to. There are 3 major questions that came to us for our Opinion. Thanks to the Magazine for publishing our views, but then, it is imperative to detail our responses to those questions: Q.1. Do you agree that the condition of skin-to-skin contact is justified to constitute the offence under Section 8 of the POCSO Act? Our Response : The act is clearly defined in terms of the "touch" the specific body parts as an offence under the specific section. Every Kind of a wrong touch, has a different gravity and different punishment. In the said judgment, unfortunately, the Media has re-
Read more

April 23, 2019
#MeToo, the Digital Mob Lynching legal tool, attacks CJI   Terminated from job, a female colleague, can easily save her job and even seek revenge, is a well known use of the “Protection of Women from Sexual Harassment at Workplace” (POSH) act. We very carefully calls it as a “Use” and not “Misuse” because the law itself was drafted and the law making process was intended for putting men at workplace under severe pressure, constant threat and finally to destroy the professional and personal lives of Men. This time, none other than the Chief Justice of India, is in the line of fire of “USE” of POSH.   Firstly, an ill-intentioned law is made under feminist pressure and then social media, fame seeking, movements like #MeToo get down to the levels on #DigitalMobLynching of accused men with complete disregard to even the process of such ill-intentioned laws.   Parent movement of Men's Rights in India, Save Indian Family (SIF), had represented and opposed making of another
Read more